In Australia we find the full spectrum of use cases of battery storage: colocation alongside wind and solar PV, integration into solar gas hybrid projects, commercial and industrial deployments, off-grid, and microgrid installations, and no less than 738 MWh of residential battery storage. Here too we see the establishing of so-called virtual power plants – smart networks of energy systems which mimic the capabilities of traditional power plants.

With some 73,000 battery storage systems, over 1 GWh of battery energy storage capacity has been installed in Australia since 2015. Looking behind these numbers, we have the chance to evaluate how battery systems are rising to meet expectations.

Greater than the sum of its parts

Amongst the leading examples of large-scale battery storage is the Neoen owned Hornsdale Power Reserve. Located in South Australia and sited alongside the Hornsdale wind farm, the 100MW/129MWh Tesla battery system is ranked as the largest lithium-ion battery in the world.

Upon commissioning, the Hornsdale battery began at once to demonstrate its value. Through its first year of operation in 2018, the system generated more than $72 million and saved local electricity consumers more than $50 million. It proved capable of helping to stabilize the grid by absorbing and delivering power and thereby reducing risk of blackouts, it lowered reliance on fossil-fuel backup generators and supplied power to cover periods of generation loss.

As a proof-of-concept for large-scale battery storage, the Hornsdale battery continues to set an industry benchmark.

Since September 2019, the system has been operating within the Virtual Power Plant Demonstration run by the Australian Energy Market Operator (AEMO), outcomes from which were recently published in a knowledge sharing report.

In a virtual power plant (VPP), battery storage can be operated within a network of energy assets, often including decentralised generation of solar PV and wind power, and controllable loads. VPPs are promising as they can be operated flexibly to deliver services which support power system operations and electricity markets.

In particular, the AEMO report addresses the capability of the VPP to deliver frequency control ancillary services and respond to energy market price signals.

Frequency control is an especially key business case for battery systems. And while it has been spoken about within industry circles for some time, reported demonstration of the reliability of batteries to deliver on this function in real-world markets remains highly valuable.

There is a simple reason for this – increasing renewable generation in a grid brings the need for frequency control as a solution for loss in grid inertia which is otherwise provided for by spinning turbines, and which serves to ensure frequency stability. If we’re to continuing adding renewables to grids, reliable, cost-effective ‘digital’ inertia is essential.

Above all, the AEMO VPP Demonstration aimed to understand the operational capability of VPPs for market participation.

AEMO report: “The data received so far indicates that VPPs can effectively respond to power system events and price signals. This includes responding to frequency excursions beyond the normal operating range (49.85-50.15 Hz) and pre-charging (or discharging) to cater for future high (or low) price events, respectively.”

With one particular event demonstrating digital frequency control capability, the local electricity market in which the VPP operates experienced high and low frequency events within 45 minutes of each other (see, example 1 below). 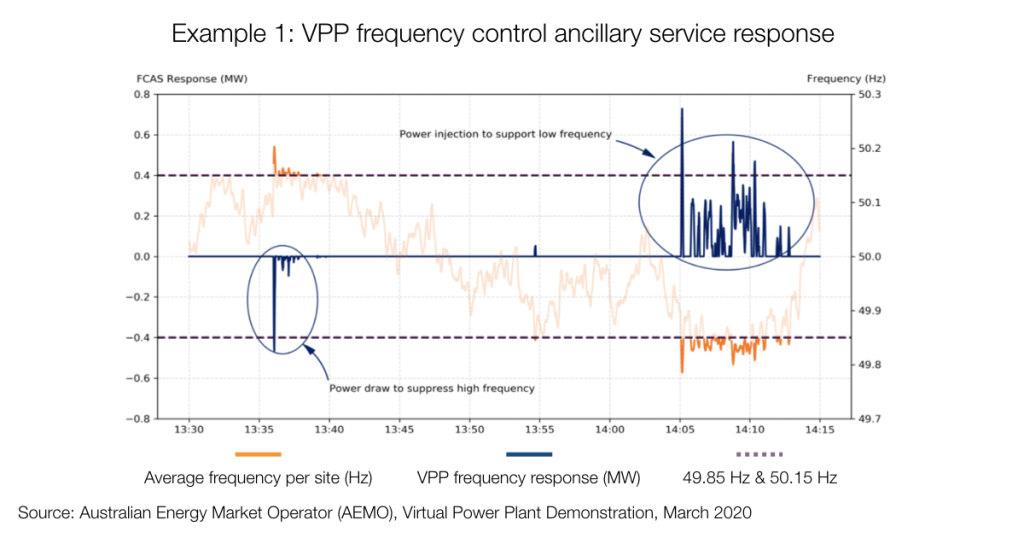 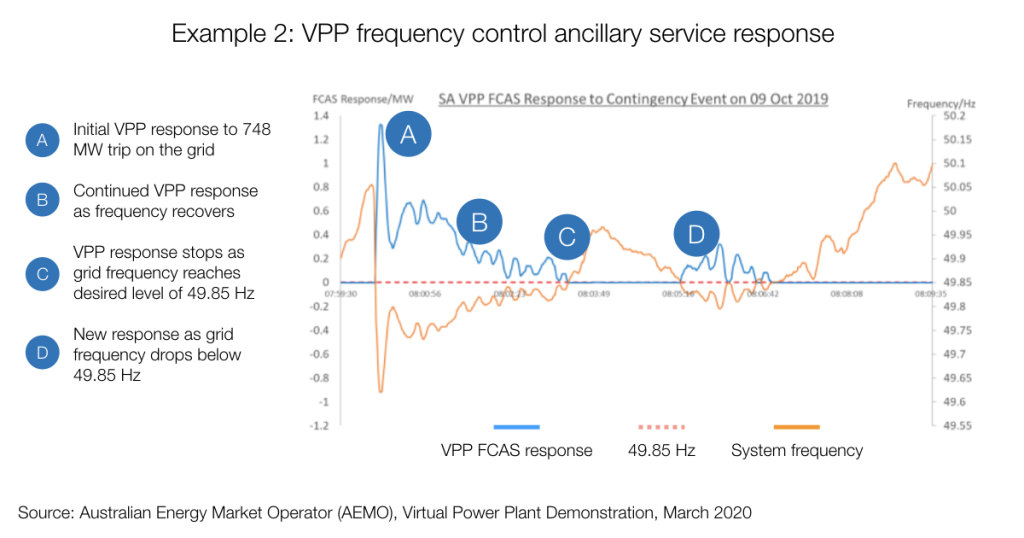 Beyond frequency control, it was also of interest to AEMO to evaluate how the VPP was able to deliver energy response according to electricity market price signals.

This is important because a valuable function of battery storage is to help regulate grid electricity prices through energy storage and discharge. For this to be effective, a VPP must be capable of anticipating electricity markets and responding accordingly.

Here the report describes batteries successfully discharging one day prior to forecasted negative prices (thereby ensuring capacity to charge later during the low pricing period), and then charging the following day during a period of excess supply and negative pricing.

In another event, there is evidence of the reverse – batteries pre-charging in anticipation of elevated prices and discharging during the elevated price event.

Commenting on outcomes, AEMO state: “These events show that VPPs can benefit consumers…by creating more competition in these markets to reduce prices and, if VPPs scale up enough, potentially deferring/displacing the need for large-scale generation assets.” 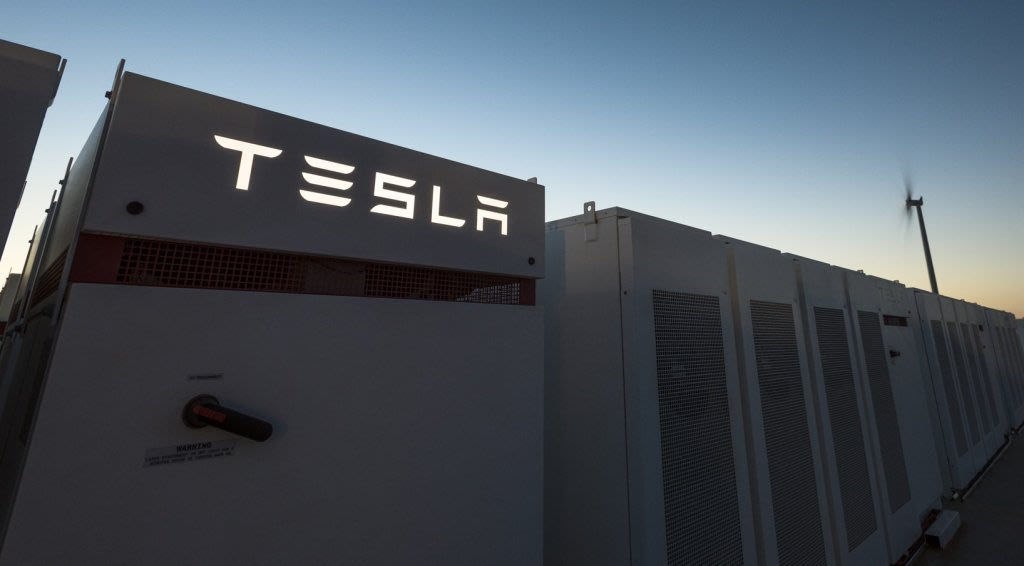 Altogether, the results are good news for VPP and battery system stakeholders and electricity consumers alike.

For owners and operators, the successful supply of the services described above as frequency control and energy response amounts to earned revenue. While for local consumers there are savings on electricity bills achieved through avoided grid stabilization costs and electricity prices.

More importantly, the results are indicative of system reliability – something that’s critical if grid operators are to have the confidence to integrate more battery storage and VPP capacity, and increase their role in grid security.

There is further work required of course – more services to be demonstrated and subsequently evaluated. But as further examples emerge, the functionality of batteries will continue to be proven and expanded. With Australia moving towards 50% renewables by 2025, it’s welcome state of affairs.

For its part, the future of the big battery at Hornsdale is bright. In November 2019, its owners Neoen announced plans to increase capacity by an additional 50MW/64.5MWh, to 185 MWh. As of the end of March 2020, installation of additional batteries is complete, and it commercial operation of the expansion is anticipated to commence before mid-year.