PioneersBattery-powered and silent: the future of railway maintenance arrives2020-10-07

Delivering a European supply of sustainable batteries is just the beginning. For the change we strive for, electrification and decarbonization through industry collaboration is key. For the latest example of gains to be had from new synergies emerging on the new energy landscape, we look toward outcomes of an Epiroc-Railcare partnership.

Northvolt caught up with deputy CEO and Operations Manager at Railcare, Ulf Marklund, to hear about the project and learn how the solution provides tracks to a cleaner, quieter future for an industry that’s vital to keeping railways safe and efficient.

“The new vehicle, a battery-powered Multi Purpose Vehicle (MPV), is the world’s first and largest battery-operated rail vehicle, and was built at Railcare’s workshop at Skellefteå harbour in northern Sweden.”

“This kind of machine supports critical railway services and it’s been around for thirty years as a diesel-powered system; but it’s time for a redesign. The big advance here is zero emissions and low noise – for customers this is really an attractive proposition, and it’s Epiroc's electric driveline technology, enabled through Northvolt batteries delivering this for Railcare.”

Explaining what went into the project, Ulf explained: “The MPV represents a complete redesign from its predecessor, and is equipped with its own battery power source, vacuum pumps, hydraulics and operator cabs. The MPV itself is used as a complement to Railcare’s railway vacuum excavator – as we have fitted on the prototype –, or snow melter or plough, as well as acting as a towing vehicle for wagons during track works.”

Whilst the cut in emissions is a valuable proposition, Ulf highlights that noise reductions shouldn’t be overlooked.

“What we’ve learnt is that if you can lower the sound of railway maintenance machines in the future, then you’re a big winner. Considering the noise impact of operations in tunnels and cities has really been a real driver for this project.”

Ulf explained that a conventional diesel-powered Railvac operates around 85 dB, but that the new battery MPV provides a much improved working environment.

“Following our tests, we noted that the battery-powered vehicle’s noise levels are significantly favourable compared to those from a diesel-powered machine. You can stand next to this new machine and easily speak in conversation. This is going to make a real difference for operations and workers.”

Wider heavy machinery industries should take note of this, as Ulf notes that those benefits go beyond the immediate area of operations, to larger environments in which machines operate.

“For people living around subways and railways, this makes a real difference. We are aware that laws regulating for lower sound levels of machines in urban environments are coming and industry needs to prepare for this.”

Being battery powered, the vehicle is self-propelled, and isn’t relying on overhead power lines. This provides advantages according to Ulf, but in a future version Railcare want to extend the vehicle’s charging capabilities.

“Charging infrastructure is important for success of the system and efficient operations. For this first generation we use charging points, but in the future we intend to enable charging from overhead power lines of railways – a solution bringing more flexibility to operations.”

Looking to this future, Ulf is optimistic for the new battery technology being more widely applied, saying: “Field-trials have been successful so far, and after this prototype we’ve decided we need to develop other battery electric machines for our core businesses.”

The battery system featured in the MPV was designed primarily with the mining industry in mind, but it’s ideally suited to other machine types operating in tough environments which are traditionally powered by diesel engines.

In addition to supplying batteries to the Railcare-Epiroc project, Northvolt developed customized Connected Battery software to manage the three battery packs which are integrated into the MPV. 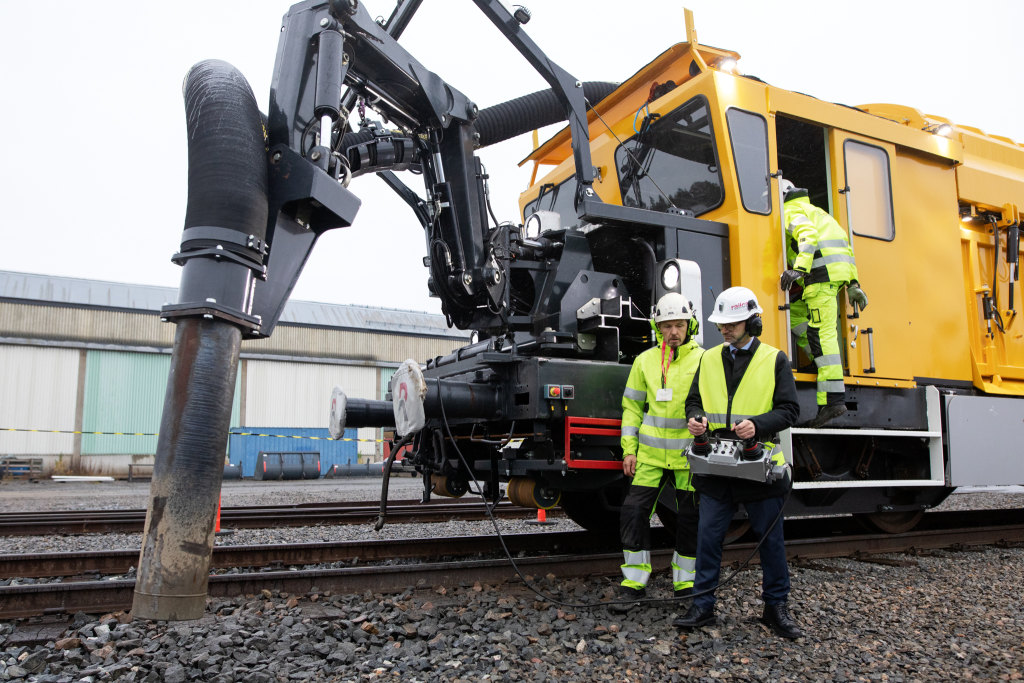