Times change. While the twentieth century saw the rise of the conventional, combustion engine vehicle, recent years of the opening decades of the twenty-first century have witnessed the emergence of a new breed of vehicle – the electric vehicle.

A symbol for much larger changes taking place in global energy, the electric vehicle is a true disruptive technology. And its future through the coming decade is going to a remarkable industrial journey – one in which batteries have a critical role to play.

The shift towards electric transportation is happening. It’s being driven largely by public opinion and policy geared towards reducing climate damaging emissions and pollution. Many stakeholder groups speculate over how fast the shift will unfold – forecasts for lesser and greater roll-out of EVs being a reflection of uncertainty over how the many determining factors will play out.

For instance, the IEA’s New Policies Scenario – based around the impact of already announced policy ambitions – predicts global EV sales would reach 23 million per year and the global fleet exceed 130 million by 2030.

More optimistically, under the EV30@30 Scenario, global sales reach 44 million vehicles per year by 2030 and the number on the road exceeds 250 million. In this future, EVs account for 30% of all vehicle sales in 2030 and almost half of all vehicles sold in 2030 in Europe. Of critical consequence, associated with this scenario is a reduction in oil demand estimated at 4.3 million barrels per day.

Of course, the reality is that we will see varying rates of EV adoption in different markets. Already in Norway, for instance, over 40% of new cars are electric – a figure well ahead of any other nation. Looking at the success in Norway reveals that it’s been had through a combination of many factors which impact adoption.

It’s clear, for example, that increasing adoption requires build-up in charging infrastructure to support EVs. This is no small matter, requiring proactive urban planning and considerable investment. Adding complexity, a wide mix of stakeholders will be required to collaborate and play their part in securing this future, including private industry, public bodies, and new actors in emerging transport supply chains.

The role of favorable national policy to encourage EV adoption is also significant. Customer acceptance is key too, and although helped by policy-based incentives and subsidies for EVs, this requires high-performance vehicles at competitive costs compared with combustion vehicles.

Altogether there’s a whole landscape of variables in play which will influence the growth of EVs. That said, three things are clear:

One: the shift has already begun and it’s only going to gain momentum

Two: the shift is in every way a revolutionary one

Three: batteries are front and center in this story as a key enabling technology

There can no longer be any question over if the shift to electric transportation is happening. In 2018, the global electric car fleet passed 5 million – up 2 million or 68% in just one year. Around one quarter of the world’s electric fleet is in Europe, where sales of electric cars rose 81% in the final quarter of 2019 and accounted for 4.4% of total new car sales in the period according to the automotive industry federation, ACEA.

Looking forward, the trend strengthens – upheld by stricter EU policy measures and plans of major automotive manufacturers who have outlined clear intentions to electrify the car and bus markets, beginning with no less than 92 fully EV models brought to market in 2021.

The question of what technology will enable the transition to cleaner transportation appears largely to have been answered: production plans for alternative drivetrains other than electric are “almost non-existent" according to European clean transport campaign group Transport & Environment. The group report only 9,000 fuel cell cars in total are forecast to be produced by 2025 compared to 4 million electric cars, and production of compressed natural gas cars is set to decrease, accounting for less than 1% of vehicles produced in Europe by the mid-2020s.

To be sure, the forthcoming decade will be one in which electric goes mainstream in the automotive industry. 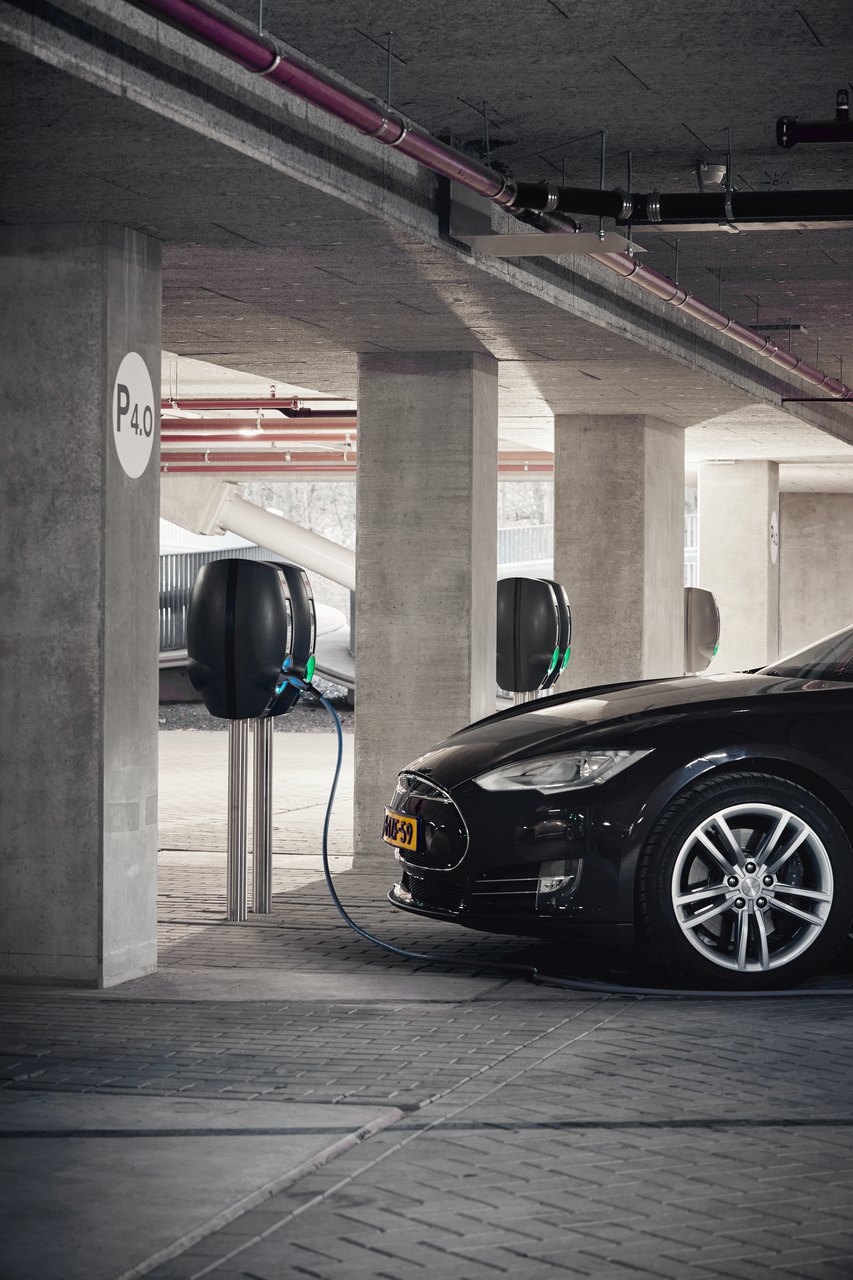 A revolution in every way

The electrification of transportation is in every way a revolutionary shift. While the twentieth century saw refinement of the internal combustion engine, that technology is now to be entirely replaced. Combustion engines and gearboxes are out, battery packs and electric powertrains are in. The EV revolution requires nothing short of retooling massive portions of vehicle manufacturing lines. It means going back to the drawing board on vehicle design.

In parallel, the rise of EVs carries indirect consequences for broader society and industry. It means adjusting habits, changing how we plan urban areas, it means building new infrastructure, and securing compensatory measures in electricity grids to handle the new requirements of EVs.

Going into the new decade, it is policy which is acting as a major driver for this change. While national policy is in play too, a central piece of EU policy is new regulation setting CO2 emission performance standards for new passenger cars and for new light commercial vehicles.

The new regulation, being phased in from 2020, means that from 2021 the EU fleet-wide average emission target for new cars is 95g CO2/km. To meet this, manufacturers will have to increase the share of alternative fuel vehicles they produce and put to market. If successful, the policy is expected to result in a 23% reduction of greenhouse gas emissions from road transport in 2030 compared to 2005.

“This is a pivotal moment for Europe's automotive industry,” commented Lucien Mathieu, analyst at Transport & Environment last year. "Carmakers are investing €145 billion in electrification, and battery making is finally coming to Europe. Success in this area is a top EU industrial priority. We need to send a clear signal to industry that there is no way back, and agree a phase-out of petrol and diesel car sales in cities, at national and EU level. The age of the combustion engine is coming to an end.” 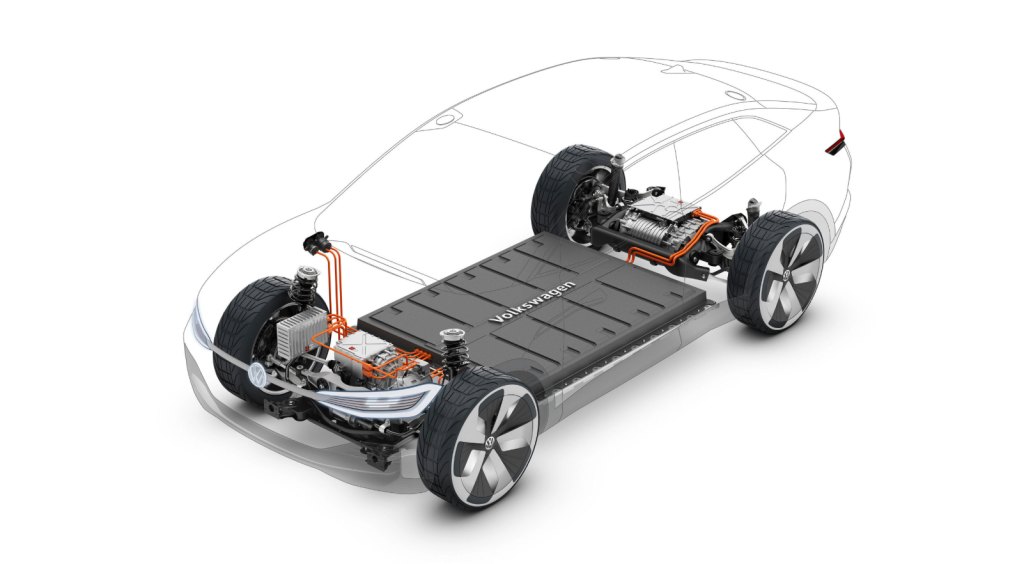 A leading role for batteries

Where gearbox and engine design determined vehicle performance, with EVs it is batteries that determine performance. This situation puts the battery industry in the dead center of the EV revolution and has prompted a dramatic escalation in planning new battery production for Europe, much of which will come online through the decade ahead.

For Europe’s automotive sector, this domestic battery production capacity brings not only security of supply but also the means to ensure they remain at the forefront of vehicle ingenuity. It is in Europe’s new battery R&D labs that EV driving range, performance and lifetimes will be determined – all of which is key to delivering compelling, desirable vehicles to market. Success in the European EV revolution in every way depends on success of Europe’s up and coming battery industry.

Going forward into this new decade we’re at the beginning of a great journey. Integrating batteries into desirable, high-performance EVs is no simple task. Success in the wider picture of electrification of transportation is harder and more complex still. But it’s all far from impossible. And with transport representing almost a quarter of Europe's GHG emissions and the main source of urban air pollution, it’s absolutely necessary.